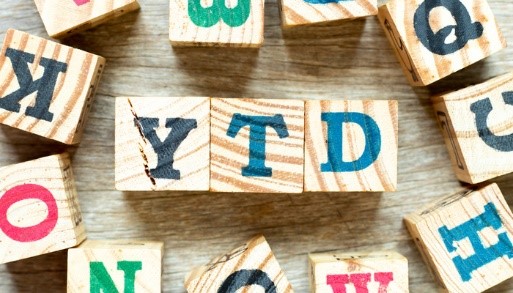 We all know that 2020 has been a challenging year. From the COVID-19 pandemic outburst to oil prices turning negative for the first time, and from the US presidential election to the never-ending Brexit talks, the markets have been through a lot. Let’s see what’s that all about:

November 24 was a day of records for the index. The 124-year-old benchmark topped the 30,000 points threshold for the first time in its history. After tanking more than 35% over the months when the full lockdown was in force, the vaccine optimism, along with the earnings season and the victory of Joe Biden in the presidential election, contributed to the record. Stocks like Apple and Microsoft gained 52% and 42%, respectively, fueling the fire.

Some felt the pandemic’s effects more than others, as is the case of USA500. In the midst of the pandemic, the index crashed to 2237 points. But since March 23, it managed to recover some of the losses, as it topped 3600 points, marking a 60% increase.

Another major event that marked its performance this year is the inclusion of one of the world’s largest electric automakers. With a market cap of over $600 billion, Tesla will soon be part of the benchmark. According to the benchmark’s representatives, TSLA will be available for trading on December 21. Considering the market capitalization, Elon Musk’s company will be the largest ever to be added.

The last but not the least important American index has also been through a challenging year. Amid the COVID-19 pandemic, it plunged to a multi-year low, reaching less than 7,000 points, after it opened at 8,870 in January – an approximately 21% decrease. But as in the cases of USA30 and USA500, the index managed to recover, erasing all the losses by September, when it closed at a record high of 12,420 points. Part of its rally was due to Tesla’s, which went up more than 380% since the beginning of the year despite the global situation.

According to specialists, is it possible for TECH100 to continue on an upward trajectory as the government could implement new restrictions to curb the COVID-19 infection, and people will resort to tools or devices from Microsoft, Facebook, or Apple, which are some of the largest constituents of TECH100.

The safe-haven asset rallied to an all-time high in August, reaching $2,089.20 per ounce. Of course, the US presidential election and the new wave of COVID-19 infections affected its price. In the past weeks, Gold has traded below $1,900 per ounce.

According to economists from Citigroup, Gold could hit a new record by year-end. Gold seems to hold on to its gains, as it is up more than 21% since the beginning of the year.

Another turning point was when oil prices turned negative. The fact that the world was in lockdown and no oil was used caused the market to oversaturate. Also, Russia disagreeing with the OPEC+ decision to slash both the production, and the prices didn’t help the situation. The American benchmark for oil traded at minus $37.63 per barrel. But as the pandemic got somehow under control, prices started to recover and be close to the pre-COVID-19 levels - at around $45/ barrel. Still, year-to-date, is more than 23% lower than it was at the beginning of the year.