The US: quick Q3 recap 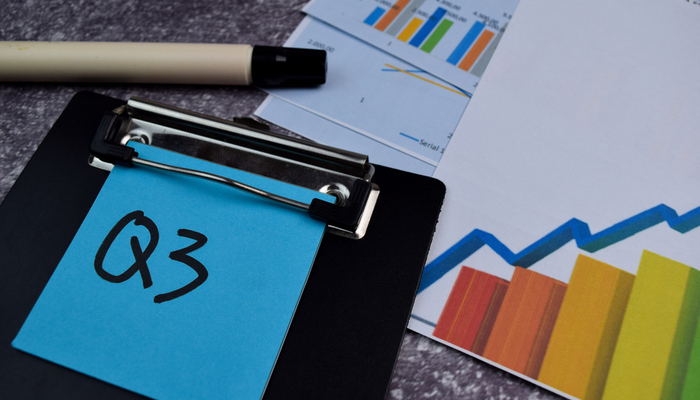 During Q3, some companies surprised the markets with their promising results, while others hit their lowest points. Pandemic's effects might start to wash-off

It's been a challenging quarter for everyone, with vital measures being implemented to keep the US economy afloat. The new spike in #COVID-19 cases, and the hurricanes that hit part of the country didn't make things easier, bringing more financial casualties in the middle of an ongoing health battle.

The American indices had a mixed quarter, influenced by the ongoing Sino-US tensions and controversy set in motion by President Trump. Following historical data, September seems to always be particularly weak for equities. USA30 fell 2.2%, followed by USA500 that lost 3.9%. TECH100 reported the most significant drop of 5.2%. Despite all these, USA500 rose 8.5%

Oil ended the quarter with mixed results. The EIA reports pointed towards a drawdown in stockpiles, hinting to a pick-up in demand. Crude Oil rose 2.4% for the quarter, despite dropping more than 5% in September. Brent had a quarterly loss of 0.5%, while going down 9.5% in September.

Released data shows that Q3 was unexpectedly good for private companies to go public, despite the global economic situation caused by the ever-lasting COVID-19 pandemic. The first direct listings took place yesterday. Palantir and Asana – software-specialized companies – ended the quarter. Among other significant IPOs, Snowflake was also shining at the party.

But not all new companies swept Wall Street off its feet. World-renowned companies, such as Zoom or Peloton had a fantastic quarter. Zoom reported a growth of 84% in the quarter, given that the majority is still working from home. Peloton thrived in the pandemic, bringing a 64% increase as proof for it.

On the monetary side, the Fed is steady in its approach by keeping the interest rates near zero until 2023. On the other hand, another $2.2 trillion in fiscal stimulus could be in sight if the Democrats and Republicans reach a consensus.

The US GDP came under the microscope after the pandemic-induced shutdown had higher-than-expected adverse effects. In Q2, the country's GDP fell 31.4%, the most significant drop since 1958. For Q3 no data is available yet, as the Government will release the figures on October 29th. Still, analysts are optimistic as they believe that the economy will expand 30% annually.

Read more about how companies and the US have performed in the past quarter on CAPEX.com! For an in-depth overview click here!