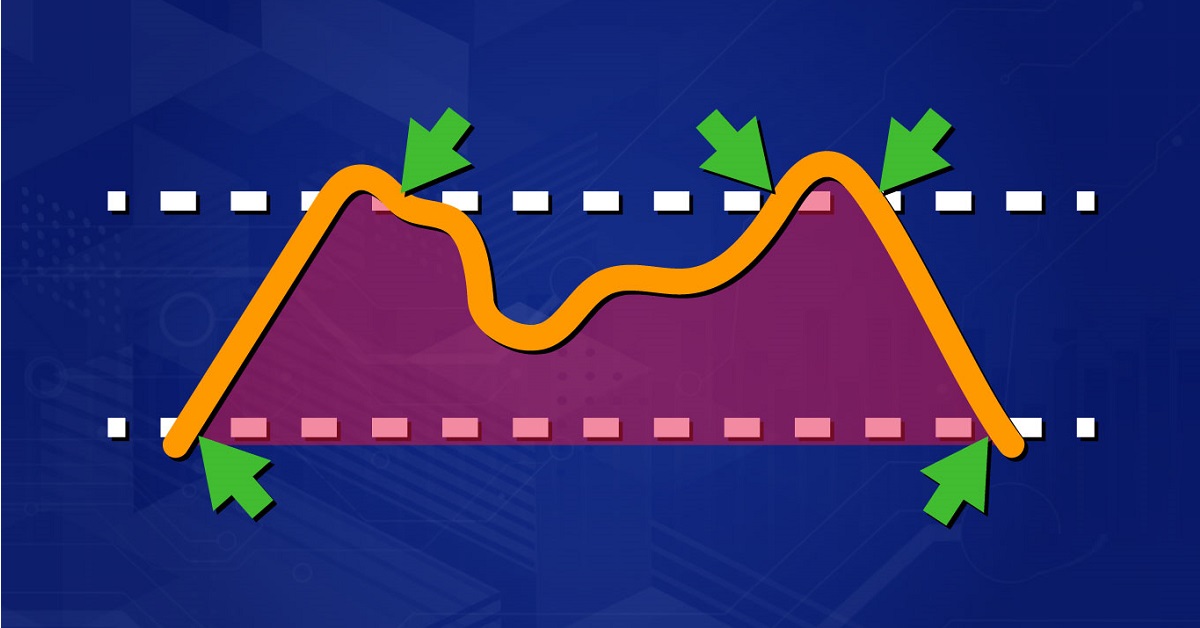 The RSI provides technical traders with signals about bullish and bearish price momentum, and it is often plotted beneath the graph of an asset’s price.

The Relative Strength Index or RSI indicator is among the most popular indicators used by traders to identify and generate trading opportunities in the markets. The RSI provides information about the strength of the price movements on your charts, hence the name.

The Relative Strength Index (RSI) is a technical indicator that traders could use to examine how the price is performing over a certain period. It is a momentum oscillator that measures the magnitude of price movements as well as the speed (velocity) of these movements. The RSI can be an extremely helpful tool depending on the trader's profile and their trading setup.

The Relative Strength Index indicator was created by J. Welles Wilder in 1978. It was presented in his book New Concepts in Technical Trading Systems, along with other trading indicators, such as the Parabolic SAR, the Average True Range (ATR), and the Average Directional Index (ADX).

Before becoming a technical analyst, Wilder worked as a mechanical engineer and real estate developer. He started trading stocks around 1972 but was not successful. A few years later, Wilder compiled his trading research and experience into mathematical formulas and indicators that were later adopted by many traders around the world. The book was produced in only six months, and despite dating back to the 1970s, it is still a reference to many chartists and traders today.

The second, and subsequent, calculations are based on the prior averages and the current gain loss:

Taking the prior value plus the current value is a smoothing technique like that used in calculating an exponential moving average (EMA). This also means that RSI values become more accurate as the calculation period extends.

The standard setting for the RSI is 14 periods which means that the RSI evaluates the last 14 candles or time periods.

The RSI compares the average gain and the average loss and analyses how many of the past 14 candles were bullish versus bearish and it also analyses the candle size of each candlestick.

The highlighted area includes the past 14 price candles which the RSI analyses. Out of those 14 candles, 13 were bullish and only 1 was bearish which resulted in an RSI of 83.

Here are 3 more case studies to help us understand the RSI and how it forms:

How to use the relative strength index

The RSI can be used in several ways to determine market trends. The most popular way of measuring market trends is to evaluate whether a security is overbought or oversold.

The general idea is that when the RSI shows extremely high or extremely low values (higher than 70 or lower than 30), the price is said to be oversold or overbought. But let’s recap what we have just learned to see if this is true:

A high RSI simply means that there were more bullish candles than bearish candles. And although price can’t go on printing only bullish candles forever, it can be dangerous to believe that just because the RSI shows overbought conditions that the price is likely to reverse. Once we understand what the RSI does, we can see that overbought and oversold and NOT signals that indicate that price will turn. The uptrend can continue for a period with RSI overbought, while the downtrend can continue for a period with RSI oversold.

It’s a myth and it shows misinformation when traders refer to overbought and oversold to define markets which will reverse!

The below scenario shows a period in which the price kept falling for around 20 days before the RSI turned back above 30 and left the oversold area. And still, there was no rally afterward. A trader who buys such a market just because the RSI is showing oversold conditions could accumulate huge losses. The RSI does NOT provide signals to buy when it is oversold. It simply means that the price is very weak as we have learned above.

RSI For Support and Resistance

We have just discovered that the RSI identifies strong trending price movements when it moves at the extremes. And with this knowledge, the RSI can be used when it comes to support and resistance, and breakout trading. The screenshot below shows a strong resistance level marked in black.

Support and resistance levels on the RSI could help determine situations where negative or positive momentum is accelerating. In the chart below, the RSI broke down through the trendline support. This signals the price trendline is at risk and a breakout could follow.

This could be a strong signal for bulls that the trading conditions might change, and a reversal of the trend is more likely.

When the RSI moves higher back to the trend line, it offers an opportunity to look for short setups.

The RSI can be a useful tool when it comes to quantifying price strength because that is what the RSI does: it analyses momentum and price strength.

Another way of using the RSI to identify turning points is by finding divergences. An RSI divergence signals that what price is showing you, is usually not supported by the underlying price dynamics.

How to trade with RSI

When you see the RSI signals and you want to place a trade, you can do so via derivatives. Derivatives enable you to trade rising as well as declining prices. So, depending on what you think will happen with the asset’s price when one of the Doji patterns appears, you can open a long position or a short position.

Follow these steps to trade when you see a price divergence and/or a wee:

The below strategies for trading with the RSI indicator are merely guidance and cannot be relied on for profit.

Another trading technique examines the RSI's behavior when it is re-emerging from overbought or oversold territory. This signal is called a bullish "swing rejection" and has four parts:

As you can see in the following chart, the RSI indicator was oversold, broke up through 30%, and formed the rejection low that triggered the signal when it bounced higher. Using the RSI in this way is similar to drawing trendlines on a price chart.

The following chart illustrates the bearish swing rejection signal. As with most trading methods, this signal will be most reliable when it conforms to the prevailing long-term trend. Bearish signals in negative trends are less likely to generate a false alarm.

Limitations of the RSI

The RSI compares bullish and bearish price momentum and displays the results in an oscillator that can be placed beneath a price chart. Like most technical indicators, its signals are most reliable when they conform to the long-term trend.

True reversal signals are rare and can be difficult to separate from false alarms. A false positive, for example, would be a bullish crossover followed by a sudden decline in a stock. A false negative would be a situation where there is a bearish crossover, yet the stock suddenly accelerated upward.

Since the indicator displays momentum, it can stay overbought or oversold for a long time when an asset has significant momentum in either direction. Therefore, the RSI is most useful in an oscillating market where the asset price is alternating between bullish and bearish movements.

Conclusion: Know what price is doing

The RSI is a great tool and although you could easily guess the RSI value by looking at the past 14 candles, plotting the RSI on your charts can add stability and guidance to your trading. If you can quantify price strength and translate it into interpretable numbers, you can make trading decisions without guesswork and subjective interpretations.

Whether you are using the RSI to identify strength, look for turning points, or as a breakout trader, the RSI is your universal weapon.

Summing up the RSI indicator

Remember, you should have some trading experience and knowledge before you decide to trade with technical indicators. You should consider using the educational resources we offer like  CAPEX Academy or a demo trading account. CAPEX Academy has lots of courses for you to choose from, and they all tackle a different financial concept or process – like the basics of analyses – to help you to become a better trader.

What Is the Difference Between the RSI and Moving Average Convergence Divergence (MACD)?

What Is the Difference Between the RSI and stochastic oscillator?

The RSI and stochastic are both oscillators in technical analysis terms. While similar in nature, the mathematical formula used to create each indicator differs. Where the RSI is calculating the average gain vs average loss over x periods, the stochastic is calculating the closing price relative to the x period highest high and lowest low.

The signals produced by both indicators are similar although not exactly the same. Some traders like to add both indicators to their analysis and wait for signals to align for extra confirmation before making their trading decisions. Other traders may prefer to use one indicator or the other to avoid duplication in their analysis.

What Is the Difference Between the RSI and CCI indicators?

The relative strength index (RSI) and the commodity channel index (CCI) are two popular technical oscillators that serve as different spotting extreme price behavior methods. The RSI tracks the speed of price changes to watch for overbought and oversold conditions, while the CCI focuses on normal deviations from an asset's moving average price to spot divergences from normal trend cycles.

Pivot points can be used in trading to help judge uptrends and downtrends and identify the best points to enter or exit a trade.

Bollinger Bands are used to analyse volatility and trend strength, which is particularly useful when opening and closing trades quickly in a volatile market.

The parabolic SAR is a technical indicator that can help spot the current trend direction, help with entering and exiting trades, and highlight potential reversals.