The Chinese stock markets, which were the catalysts for bullish sentiment in the rest of the world markets yesterday, have managed to stay up with slight gains.

Today, the main markets in both Europe and the United States opened lower, and the Investor risk sentiment returns to risk-off mode. In recent weeks, we have witnessed a market scenario like this that fluctuates almost daily between optimism and uncertainty.

The first is framed in the geopolitical area.

United States Secretary of State Mike Pompeo has threatened to ban some widely used Chinese social media applications among the American population in retaliation for the imposition of the Security Law in Hong Kong.

Until now, the United States' way of pressuring China has not crossed the limit of import tariffs on some products, but the ban has never been reached.

This statement arouses fear of more aggressive actions by the US administration, although certainly most of these statements are empty threats and are merely the result of the tug of war in which both countries have been immersed during the last times

The second reason has been the publication of the German industrial production data for May below the market forecast, 7.8% vs. 10%.

In reality, this economic figure is not the most relevant for assessing the recovery state, but rather those of domestic demand as retail sales that have exceeded all expectations.

However, it has caused the European indices to fall after several days of gains. 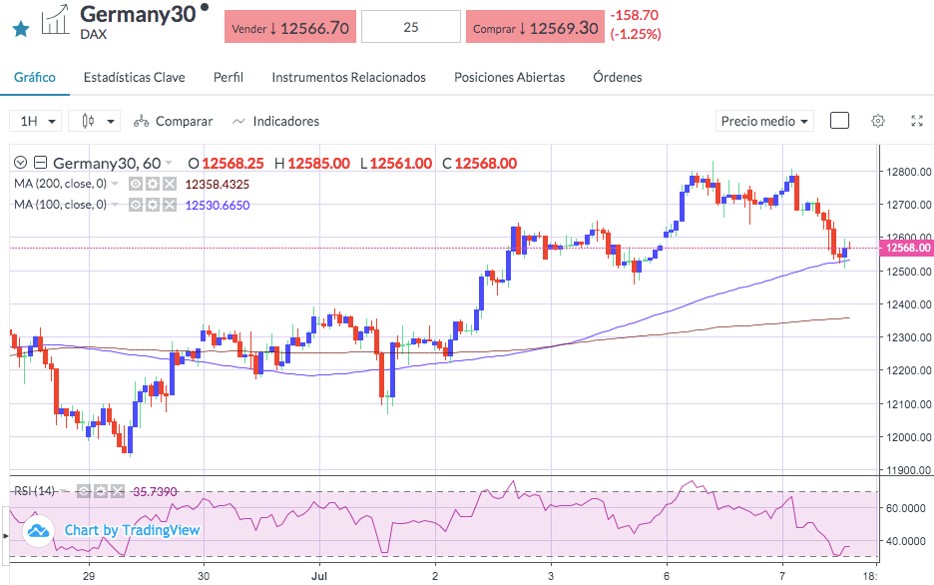 This correction has served to decompress the RSI indicator, which was in an overbought situation, and the index still maintains its upward trend.

And the third cause of this change in risk sentiment has been the announcement that Australia has sealed the border between the states of Victoria and New South Wales, possibly leading to a new Melbourne city lockdown for four weeks, which will have an economic impact of considerable magnitude.

The US Dollar has strengthened as a safe-haven currency, and AUD/USD has fallen to 0.6920 after several attempts to overcome the psychological barrier of 0.7000. 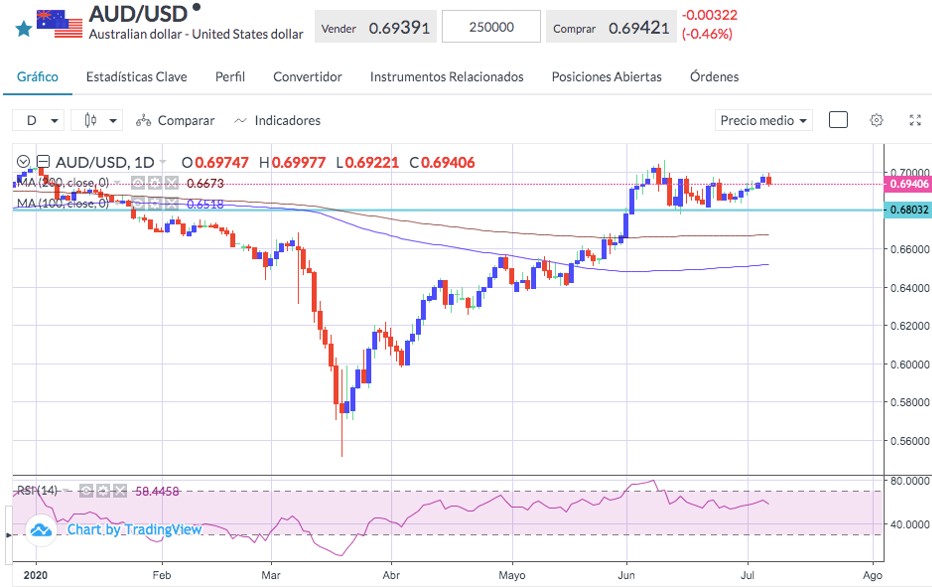 The currency pair is still on a clear upward trend after the impressive recovery from lows but is beginning to show some vulnerability to the worsening of the epidemiological situation in the country.

Everything will depend on the evolution of the disease and whether or not lockdown measures are taken. The primary support is in the 0.6800 area; as long as the pair does not lose this level, it maintains its upward trend.