Big red flag for the US economy 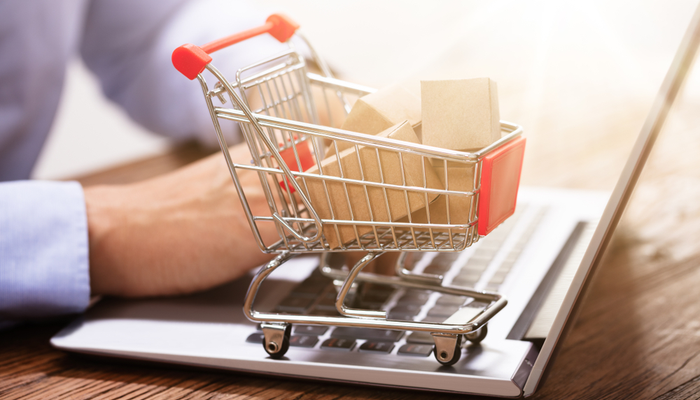 The last day of the week started with a negative mood that later aggravated after December’s retail sales figures came out, showing a massive drop from the previous month.

Both the S&P500 and the Nasdaq were recovering lost ground to end the session on the uptrend. However, the USA30 could not overcome the first blow and finished down 0,47%. 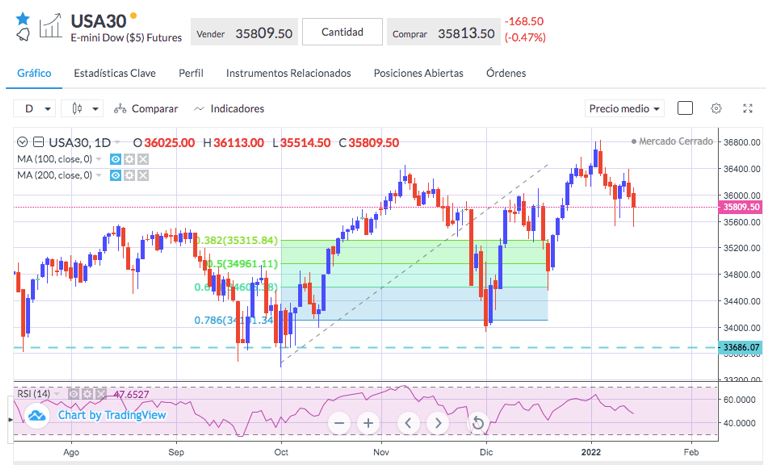 But there was also another relevant factor for the weakness of this index. On Friday, JP Morgan, Wells Fargo, and Citigroup reported earnings. Contrary to all forecasts, JP Morgan and Citigroup announced lower-than-expected income figures. Additionally, the JPMorgan CFO forecasted a potential lackluster 2022 for the investment bank, mainly due to increased costs of doing business.

Inflation reappeared here as a negative element for the economy that could impact the markets in the future. At the same time, Treasury bond yields were back on the upside with a 10-year hit of 1.78%, which added some more pressure to the market.

What else is coming this week?

Other major banks such as Bank of America and Goldman Sachs will report their Q4 2021 earnings, which may also significantly affect the US indices. Investors will be watching these figures closely to see if the latest poor results are exclusive to JP Morgan, Wells Fargo, and Citigroup or if they spread to the rest of the financial sector.

Elsewhere in the Forex market…

Due to the increase in market interest rates and the poor retail sales figure, the dollar strengthened against all its peers.

EUR/USD lost 40 pips but was still above the previous resistance zone, now acting as support, around 1.1377. Analysts expect the US currency to remain strong due to rising interest rates. Hedge Fund manager Bill Ackman believes that the Fed should start raising benchmark rates as early as March to give a clear signal that they are willing to put an end to inflation. 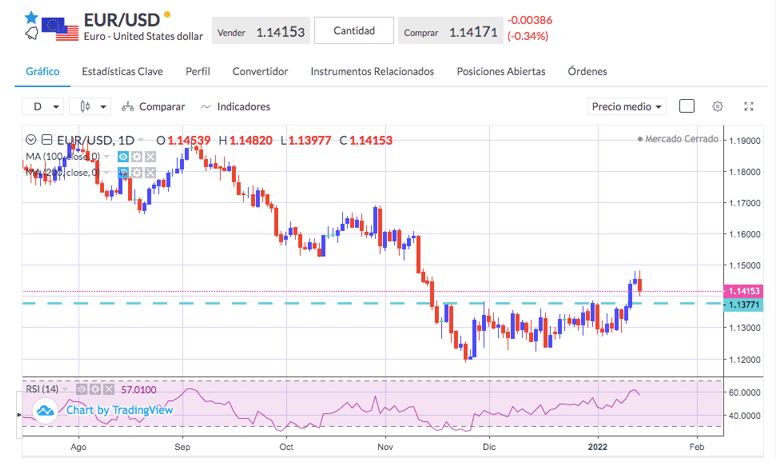