Dow Jones Analysis and Price Forecast for today, 2022 and beyond 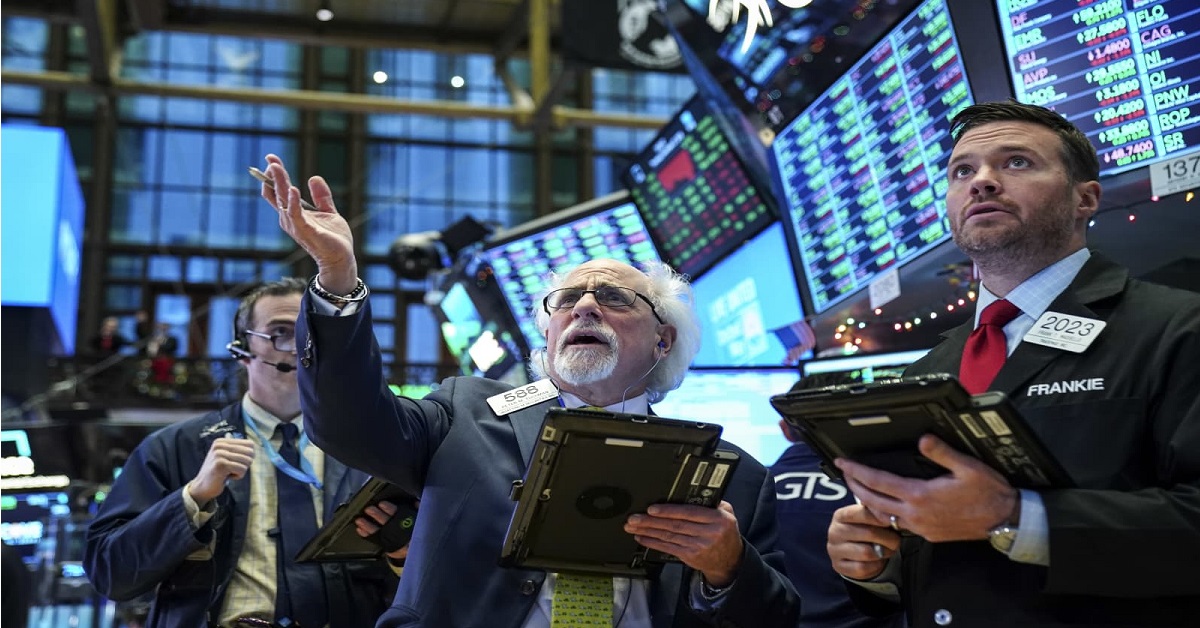 How do analysts see the Dow Jones index moving in the coming days and years? We look at some of the latest Dow Jones analysis and price forecast for 2022 and beyond.

The USA30 index, which tracks 30 of the most prominent, actively traded US companies is now making new lows since Fed Chairman Jerome Powell's decision to raise interest rates more aggressively.

But the Dow Jones forecast for the next six months holds glimmers of hope. While the U.S. economy is showing signs of weakness and the global economic and geopolitical picture is gloomy, stocks have a chance of staging a stunning fightback.

Goldman Sachs also put investors at relative ease, stating that the bank does not have a US recession in its baseline forecast.

Despite the reassuring comments from leading economists, the broader picture for the first two quarters of 2022 remains the same: US stocks have recorded their worst half in more than 50 years.

Many factors are at play, and investors must be ready to protect themselves in what is sure to be a choppy and volatile market. With the risk of a recession rising, things could get worse for Dow Jones and the stock market before they get better.

Will Dow Jones manage to weather the economic storm? In this Dow Jones forecast, we look at the recent performance, see how it compares with other US indices, and reveal what analysts predict for the coming months and years.

After hitting its all-time high of 36,799.65 points recorded on 4 January, the DJIA (US30) has fallen around 16% to 30,000 points during May as fears mounted that aggressive interest rate hikes by the Federal Reserve (FED) could trigger a recession.

Economists polled by Reuters expected the Fed to lift rates further by 75 basis points in July and 50 basis points in September. The USD could start to ease lower once peak inflation has passed in the US and/or rate hikes are included in the price.

Analysts expect inflation to come down gradually in the second half of 2022 after it rose to 9.1% in June.

If the Fed does see a trend of lower inflation, confirmed by three or four lower readings, we could see a shift in its rhetoric and pace of rate hikes.

For a trend reversal to occur there must be indicators of a substantial deceleration in inflation.

This will relieve the Federal Reserve’s pressure to raise interest rates. It could also make it possible for the central bank to help the economy if it goes into a recession. Entering a recession when inflation remains high might be a nightmare for the stock market and Dow Jones.

Factors Affecting Dow Jones Forecast For the Next Six Months

Today's challenging conditions could grow even worse if the economy falls into a recession, which is now more likely as the Fed moves to raise rates in a more aggressive manner than before.

Also, the second year of President Joe Biden's term comes with worrying historical baggage. Since the Second World War, year two of a presidency brought below-average stock market returns of around 5%, Stovall says. This compares to an average gain of 9.2% in all years since then.

We're getting increased volatility. Now the question is whether the market has factored in all of the worries about the Fed and so forth with its peak-to-trough decline or could there be more ahead.

Wall Street analysts expect at least another move down in the second half of the year, so when we get into October that will be, from the top of the S&P 500 ... about nine months. The presumption is that a lot of the time bear markets, shorter ones, last nine months. Longer ones will keep on going for about a year and a half.

Some investors may fear that the current predicament is similar to that suffered in the 1970s when Federal Reserve Chairman Paul Volcker unleashed enormous interest rate hikes to quell runaway inflation.

The federal funds rate reached a peak of 20% in June 1981. While this induced a recession, it also tamed inflation and ushered in an unprecedented era of economic growth.

Inflation had been running in double digits for nine years when Volcker took the helm. The U.S. also was coming through crises, including two oil embargoes and price control measures invoked by the Nixon administration. In contrast, the current spiraling inflation is relatively short-lived.

Paul Volcker really had a massive job on his hands and rose the fed funds rate to 20% to kill what at the time was 14% inflation.

What Investors Should Do In The Bear Market

So with all the risks hanging over the stock market forecast for the next six months, what should investors do? Cash is often seen as dead money. At the same time, protecting one's capital by shielding it from vicious drawdowns is the hallmark of the exceptional stock market investor.

While it is easy to switch off and focus on other things when stocks are struggling, it can actually be the best time to turn yourself into a better investor.

When it's hard to make progress in the market, this is a great time to study what you did in the prior bear market, according to experts.

Visit CAPEX Academy and learn how to trade during market downturns and falling prices.

Dow Jones price prediction (US30 forecast) - what charts are saying?

Looking at the Dow Jones price chart, an intermediate trend counter-trend is in place. In technical analysis, a downtrend is defined as a series of lower highs and lows.

There is no sign of panic within the price pattern yet. Note how each lower high goes above the previous low, indicating a distribution in place.

30.000 is a key support level for Dow Jones, which represents a 38.2 percent retracement of the last leg up and the previous swing high.

If the price breaks below this level the distribution may turn into panic, the second phase of a bear market. The most pessimistic decline is the 61.8 percent retracement or 25.000 points.

Bulls expect a break above the 32.300 level followed by a higher low that would signal the uptrend is more likely to resume.

Dow Jones prediction 2022 and beyond from experts*

As for Dow Jones price predictions, Trading Economics expected the US30 index to trade at 29,828 points by the end of the first half of the year and estimated the index could drop to 28,246.66 in 12 months' time, based on its global macro models and analysts expectations.

As of 1 July, the Economy Forecast Agency predicted the index to trade at 27,062 points by the beginning of August 2022 — the maximum value of the index was expected to be 28,686, and the potential minimum was outlined at 25,438.

The forecasting services did not provide a 10-year Dow Jones price prediction.

While some advisors are optimistic that the bull market will continue, others are preparing investors for what they see as its imminent end. As the current bull is now the second-longest ever, these advisors say that the odds are overwhelming that it will soon be going bearish.

However, Dave S. Gilreath, partner and founder of Sheaff Brock Investment Advisors, is confident and sees a bright economic and other market future ahead. He believes the current bull is likely to continue galloping for years to come, pushing the Dow Jones Industrial Average above 40,000 by 2025.

Companies typically grow their earnings over time. Assuming an average growth of net earnings is 7% per year, in a five-year period a company’s cumulative profits will be about $40 for every $100 invested.

Reasoning onward, using a mathematical forecasting model, analysts revealed more interesting results. The year 2020 marks when this math equation took us above 30,000. In 2030, projections and trends show that the Dow would reach 50,000, says Brian Evans - the owner of Madrona Funds, LLC and Bauer Evans CPAs, who also serves as the firms’ chief investment officer, lead planner, and senior portfolio manager.

* Note that analyst predictions can be wrong. Forecasts shouldn’t be used as a substitute for your own research. Always conduct your own diligence and remember that your decision to trade or invest should depend on your risk tolerance, expertise in the market, portfolio size, and goals.

Keep in mind that past performance doesn’t guarantee future returns. And never invest or trade money that you cannot afford to lose.

Factors That Can Impact the Dow Jones Stock Price

>> What is the Dow Jones index and how does it work?

Is Dow Jones a good investment?

Since its inception in May 1896, the Dow Jones index has returned a total of 1,710.902% with an annualized 2.325%. The values are adjusted for inflation according to the Dow Jones Return Calculator, Dividends Reinvested (DQYDJ).

Nevertheless, the question remains where the limit lies for the Dow Jones index. What has become clear is that the Dow Jones price has become much more volatile, with daily fluctuations of hundreds of points being no exception.

Analysts outlined in the article viewed the Dow Jones Industrial Average (US30) could reverse the downtrend if inflation started to slow. However, the Fed signaled at the 4 May meeting that further rate hikes were expected as inflation is likely to remain elevated in the coming months.

Whether or not Dow Jones is a good investment for you depends on your attitude to risk, your expertise in this market, the spread of your portfolio, and how comfortable you feel about losing money.

>> How to invest in Stock Indices?

Why has the Dow Jones been going down?

The index has been going down in recent weeks due to the Fed’s interest rate hikes. The Fed has increased borrowing costs twice this year and has indicated more increases in the pipeline to bring inflation down to its target of below 2%.

Rising costs due to spikes in commodity and energy prices – partly induced by the Russia-Ukraine conflict, have also hurt the index on expectations that spiking costs would cut companies’ earnings. In addition, the war has dampened markets’ sentiment and raised uncertainties about economic growth.

Will Dow Jones go down?

If no bad news comes out about one of the 30 companies included in the index, and indicators signal a slowdown in inflation, the Dow Jones is projected to go up in value.

Is the Dow Jones going to crash?

This is unlikely because the DJIA includes only high-quality, economically relevant stocks. If they weaken, either in performance or relevance, they are cut from the index and are replaced by others.

How to forecast Dow Jones?

The Dow Jones Industrial Average is a perfect indicator of the US general economic state. The Dow Jones index is quite responsive to domestic and foreign economic and political events. The stock index and local currency trends are often positively correlated.

How many Dow Jones companies are there?

DJIA (US30) tracks the stock performance of 30 large publicly-listed companies on the US stock exchanges. A committee of representatives from S&P Dow Jones Indices and The Wall Street Journal selects the companies that appear on the index.