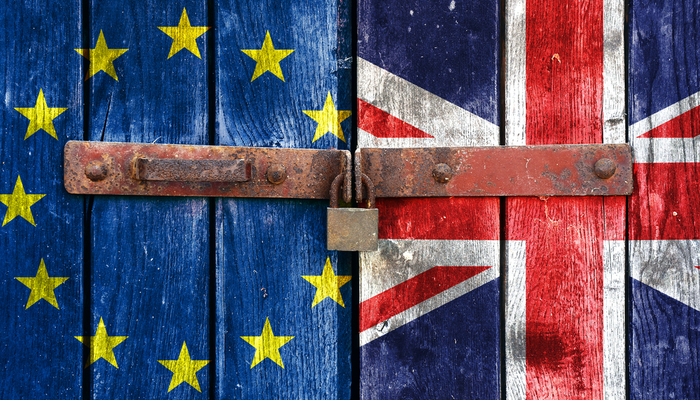 After a negative closing week before the announcement of the end of the Brexit negotiations due to the lack of agreement between the British Prime Minister and the President of the European Commission, Von der Leyen, hope is resurfacing in the market for the decision to resume talks so that the United Kingdom's exit from the European Union is made with a trade agreement that avoids the chaos of a hard Brexit.

The statements today by the European Union representative, Barnier, reawaken the possibility that the agreement will be achieved. According to his comments, the main stumbling block is on the issue of fisheries.

While the United Kingdom intends to restrict the use of its fishing grounds and tries to ensure that the crews of the fishing boats are made up of British citizens, the countries of the European Union that carry out their fishing activity in this area such as the Netherlands, France, and Spain refuse to the imposition of these conditions and in the case of France threatens to veto any agreement that does not allow the European fleet to fish in British waters as they have traditionally been doing.

In reality, everything is focused on an economic area of ​​less economic importance, such as fishing, compared to what the imposition of customs duties on all exports would mean. In the case of the Kingdom to the European Union represents 50% of all its exports.

The market is reacting asymmetrically to this scenario. making it more likely that an agreement will be reached, even if it is in the last instance.

Therefore, after a selling close, the British Pound has opened today's session, recovering and even surpassing all the territory lost during the past week. 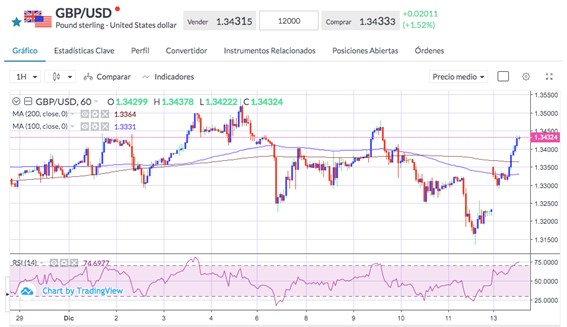 This upward movement has also been contributed by the general weakness of the Dollar that is increased by the risk sentiment of the market that is once again positive due to various factors such as the imminence of the administration of the vaccine that has already been approved by the FDA and that not only in the United States but in Europe it begins to be used during December.

Another positive element is the proximity of the approval of a fiscal stimulus package close to 1 trillion dollars in the United States. According to the representatives in Congress, both Democrats and Republicans, the implementation of this measure to support the economy could take place in the coming days. Even from Trump's interim presidency, pressure has been put on for its approval as soon as possible.

Investors' return to risk-on mode has once again produced selling flows in American treasuries that have caused yields to rise slightly. In the case of the 10-year American bond, it has returned above the 0.90% zone, and this increase, in turn, has pushed Gold down. In the short term, there is a negative correlation between interest rates and precious metals.

On Wednesday, the Federal Reserve meets, and according to market analysts and investment banks' opinion, they could decide to strengthen their expansionary monetary policy, as the ECB did, either by increasing the amount of the QE or extending it. Over time, which would be reflected in new downward pressure for US bond yields.

Gold is now supported by a short-term support level in the 1820 area. Above, the main resistance is at the 1850 levels. 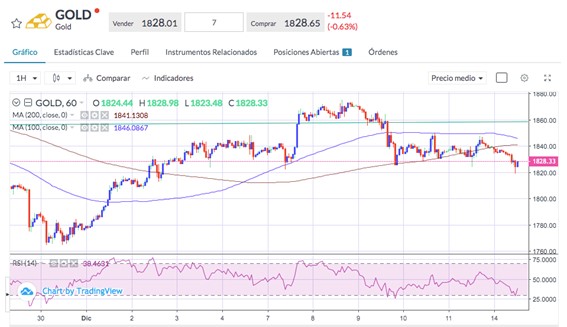 Bond Yields in the US are Falling as Recession Worries Mount

US Crude Oil Slips by $3; Focus Shifts from Rate Hike to Economic Slowdown