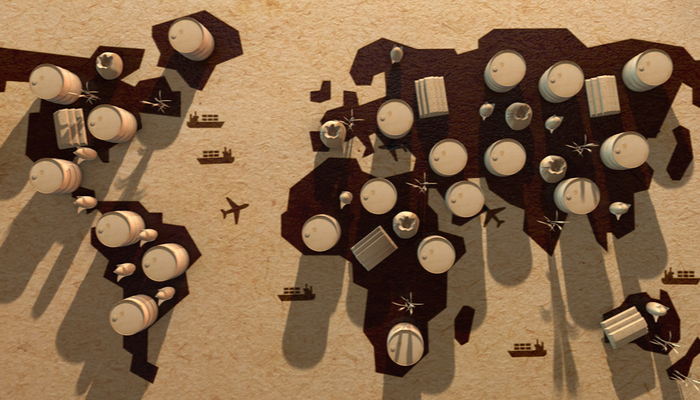 Energy commodities continue to be at the center of investors' attention after their extraordinary rise in recent months, jeopardizing global economic recovery.

China considers it to be the result of excessive speculation in the markets. The United States accuses OPEC+ of not deliberately increasing production to maintain high oil prices, even boost them.

China has taken steps to restrict speculative positions in the futures market. Both China and the United States are threatening to release strategic reserves to curb these impressive rises that some analysts predict could reach levels above $100 in the case of Oil.

But these decisions about strategic reserves are not so simple to make. The EIA of the United States (Energy Information Administration), in its latest statement, ruled out such a measure, contradicting the statements of President Biden. The reasons for releasing crude from the reserves must be duly justified by causes such as an emergency or crisis, not simply a political decision.

An agreement between China and the United States for joint action is another possibility that would give greater consistency to such a decision and undoubtedly imply a decline in current crude prices. But this is still far from confirmed.

Another possible scenario would be eliminating the ban on Iran to export Oil, but this depends on the negotiations on nuclear proliferation that are currently taking place. There are no signs of progress so far.

Meanwhile, and guided by political statements, the oil price has seen some corrections from the highs of around $85 in a move that so far can only be considered consolidation from a technical analysis point of view.

Only a bearish breakout of the $78.90 area would encourage the possibility of deeper corrections with a first target level at the 38.2% Fibonacci retracement of the previous bullish leg at $76.50. 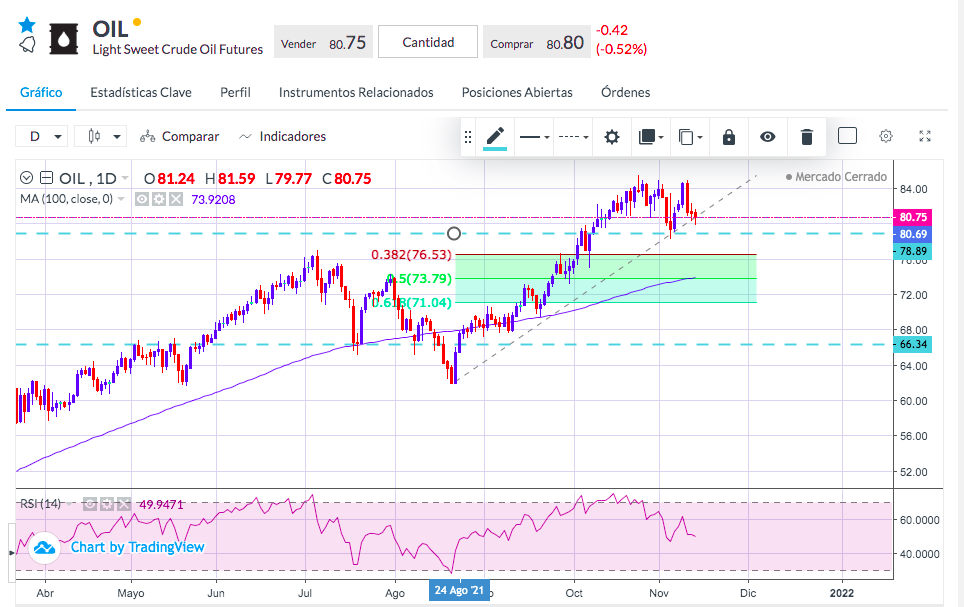 Natural Gas, another energy raw material that has experienced a massive rise in prices in recent months and has influenced the increase in the price of Oil, is also undergoing a significant downward correction. In this case, political decisions are also the main factor to take into account.

The supply of Natural Gas from Russia to Europe was affected by the lack of agreement on the start-up of the Nordstream 2 gas pipeline, which is still pending resolution.

But in recent days, the threat of Belarus to cut off the passage of gas through its country to Europe again stressed the price of Natural Gas. The statements of Russian President Putin ruling out that possibility caused it to return to the low with a loss of 6.6% on Friday.

Technically, it is very close to a price range between $4.65 and $4.70, which is relevant support below which the uptrend would be terminated. 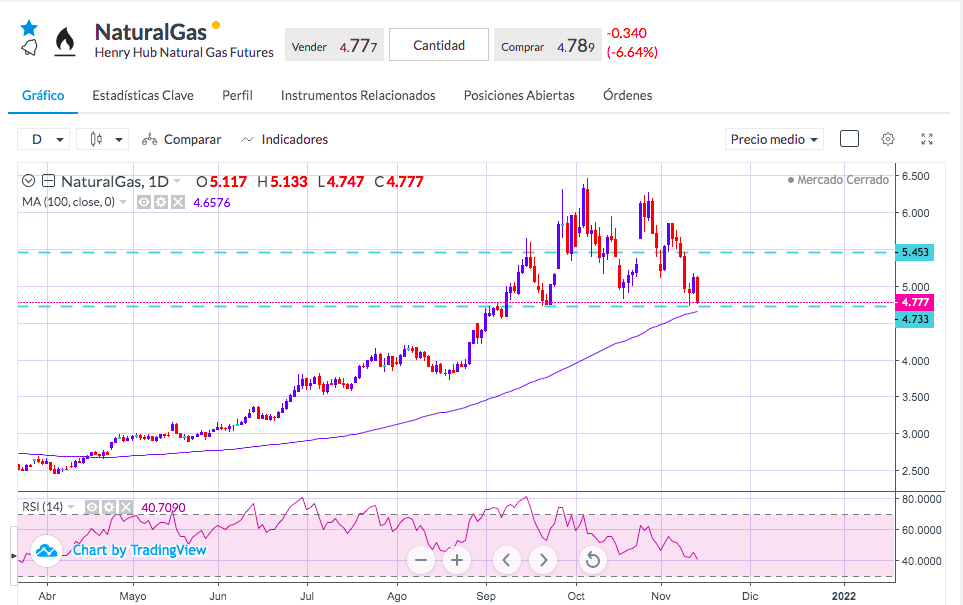