Global markets are looking for momentum 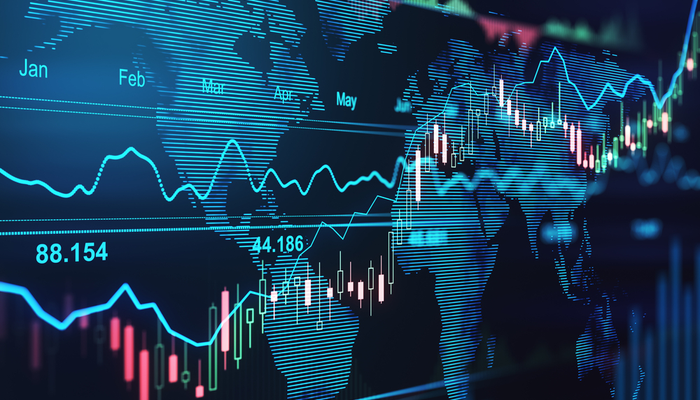 The markets began yesterday's session with losses after negative data on the Chinese economy was released. Industrial production fell 2.9% year on year, and retail sales dropped 11.1%

The lockdown’s effects in China are felt in the country's economy, and it is feared that they will be transmitted to the rest of the global economy. The latter could suffer a deep economic slowdown due to the lack of growth in China. Also, there is even open talk of a recession among some market analysts and economists.

A negative impact on the global economy and especially on the United States would be a setback for the Federal Reserve to raise interest rates to neutral levels. The market already experiences some effects on the prices of some assets.

The US Dollar has experienced a colossal rise in recent months due to expectations of higher interest rates. Yesterday it suffered a minor downward correction against all its peers, to some extent due to the fall in the yields of the treasury bonds. The 10-year is again below 2.90% due to investors’ growing concerns about a deep decline in the economy’s growth rate. The 10-year bond begins to be their asset of choice, contrary to what has been happening so far (bond sales in anticipation of the Fed's tightening of monetary policy).

In this scenario of uncertainty, the Wall Street indices experienced a session of continuous ups and downs to end each of them unevenly.

The S&P500 and the Nasdaq closed in the red, with the latter falling around 1%, dragged down by Tesla, which lost almost 6%, and Twitter, with losses of more than 8% after Elon Musk stated his intention to lower the price of the company’s purchase.

However, DowJones30 remained positive due to the advance of oil companies such as Exxon and Chevron, which rose around 3%.

The rise in the price of oil is driving the good performance of these companies. The indecision of the European Union on imports of Russian oil and, in general, the war in Ukraine keeps the price of crude oil steady, continuing its upward trend with resistance close to the area of ​​112.90-113.00 per barrel.

The global demand forecasts have been revised downwards due to the slowdown in China - the main global oil consumer. 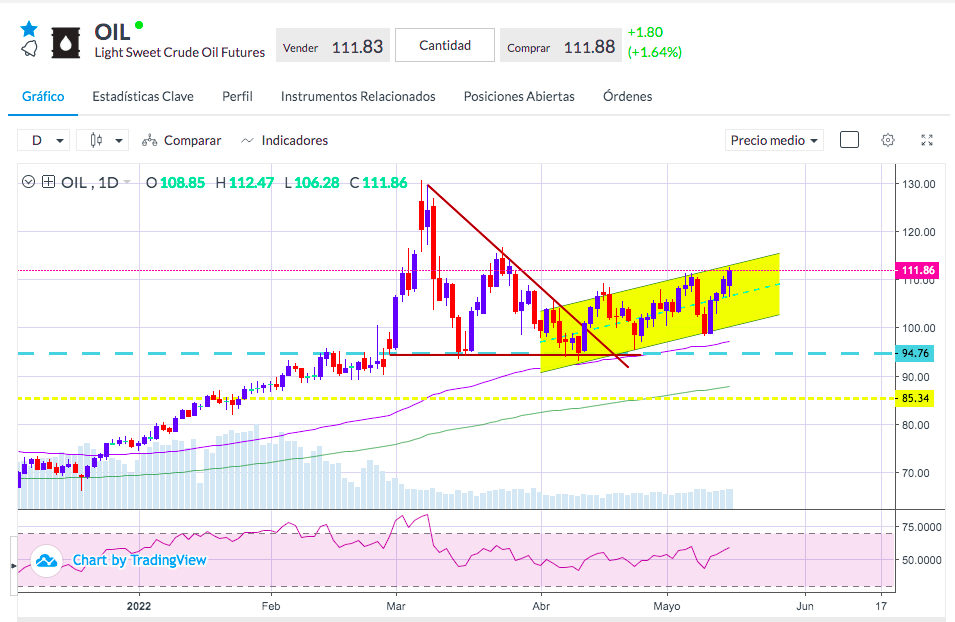