Inflation worries spread outside of the US 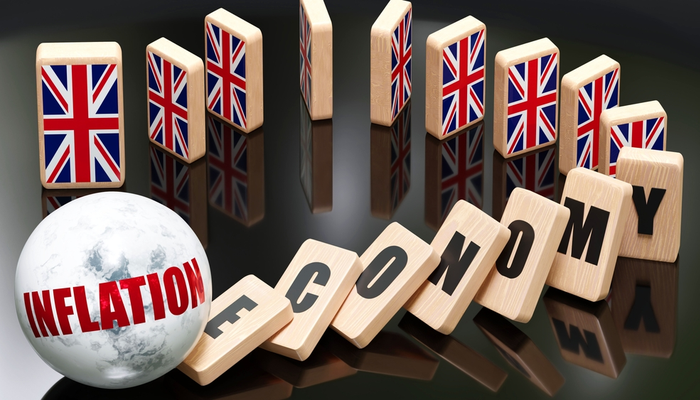 The annual rate of consumer price inflation increased to 5.4% from November’s 5.1%, the highest since March 1992. Economists polled by Reuters had expected a rise to 5.2%. Core CPI - which excludes more volatile food, energy, alcohol, and tobacco prices - rose to a record 4.2% from November’s 3.9%.

Financial markets now price in a more than 90% chance that the Bank of England will raise its main interest rate to 0.5% on Feb. 3. Last month it became the world’s first major central bank to tighten policy since the start of the COVID-19 pandemic, raising rates by 0.15%.

Even more important for the general market outlook is that the inflationary phenomenon is not limited to the United States, where inflation has skyrocketed up to 7%.

Today the Eurozone CPI is scheduled for release. According to forecasts, the markets expect it to remain at 5% year-on-year, a very worrying level.

Until next week, no additional inflation reports will be coming out in the United States, when the PCE - personal consumption expenditure and the Fed’s favorite inflation barometer – will be released.

High energy prices continue to set fire to the inflation flame after oil hit its highest levels in years with no expectation of a downward correction unless new political measures such as the release of strategic reserves by the United States or China are taken.

At the moment, there is no talk of this in the market. On the contrary, geopolitical tensions with Russia and Ukraine pose another open risk that could cause a greater boost to oil and Natural Gas, aggravating, even more, the price tensions.

Faced with the highly likely change in the monetary policy cycle towards more restrictive measures with higher interest rates and fewer stimulus policies, the markets continue to exhibit a high level of risk aversion.

The North American indices suffered a severe fall again yesterday. Technically, Tech100 was moving significantly away from the 100-day simple moving average - something that has not happened since April 2020 - and was approaching an important support level around 15000 through which the 200-day moving average passes. Below this zone, the entire long-term uptrend can be considered over. 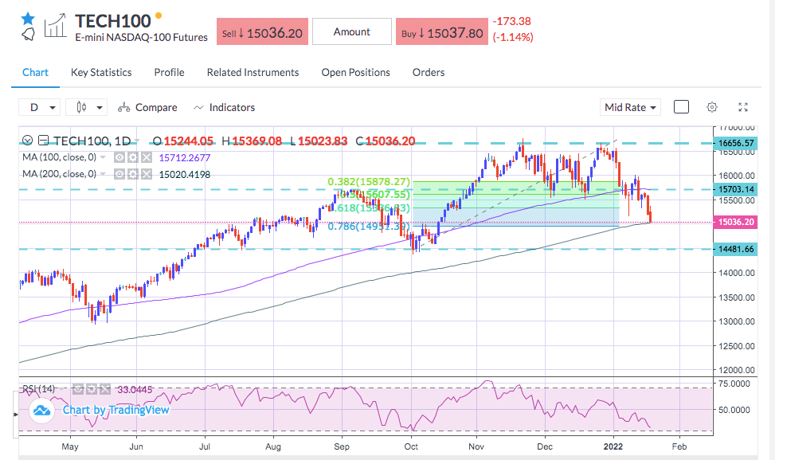 The performance of GOLD was also something to talk about. After being range-bound for a long period, the precious metal broke up the resistance around 1830. Generally, such a move can be due to investors’ fears that the Federal Reserve is not aggressive enough, although it can also be caused by escalating geopolitical tension. Above the 1830 mark, the next reference level would be around 1865. 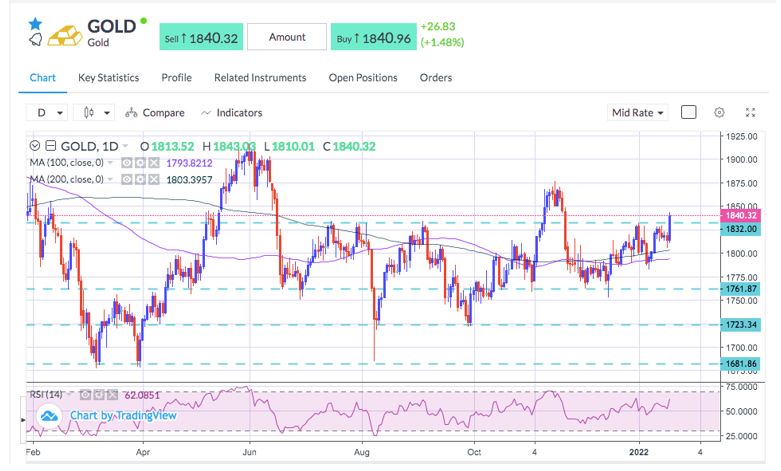