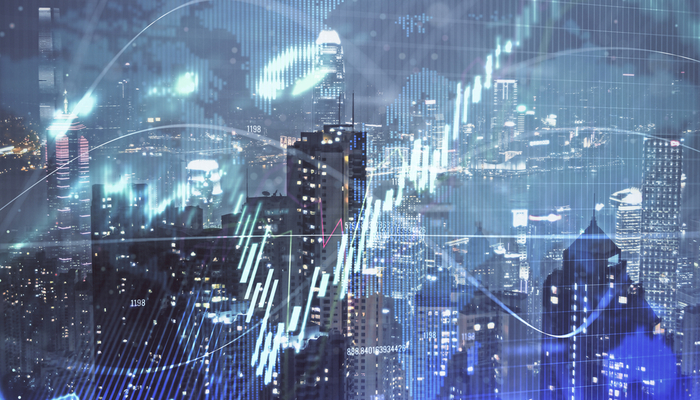 The signs that the global economy is emerging from the black hole caused by the pandemic crisis are increasingly evident.

Regarding employment data, US ADP Nonfarm employment change has been published today with an increase of 2369K, a figure lower than expected, but which in any case represents a notable increase in job creation.

Although the most relevant employment data will be published tomorrow, the Non-Farm Payroll with an expected job creation figure of 3000k will be very relevant as a market-mover.

To some extent, it will serve as proof that the economy is recovering or not. It should not be forgotten that the latest leg of stock market recovery that turned into strong bullish momentum was triggered by an impressive non-farm job creation figure released on June 5.

But while the economic numbers are positive, the acceleration of virus infections still threatens to slow down the reopening process that would once again stall the economy.

And on the other hand, tensions begin to emerge in the geopolitical area between the world's largest economies, causing fresh episodes of volatility in the markets.

It is the case of the United Kingdom that issued a harsh statement against China accusing the Asian country of a flagrant violation of international law by the imposition of the Security Law in Hong Kong.

They are preparing to facilitate British nationality to almost 3 million citizens from Hong Kong. This is only the beginning of hostile attitudes, but it may lead to more significant actions that affect the world economy and therefore create uncertainty among investors.

This contrast between a better evolution of the economy and open fronts of uncertainty in the sanitary and geopolitical aspects leads the market to a choppy and volatile behavior.

EUR/USD has lost all the territory gained the previous day, leaning on the already important support in the 1.1190-1.1200 zone.

In addition to the dollar's weakness, the pair has been weakened by comments made by Chancellor Merkel, reporting that positions for an agreement on the COVID rescue fund were still far apart.

The development of these negotiations will be the main factor influencing the price of the Euro. Approval of this fund with satisfactory conditions would be a substantial bullish momentum for this currency pair. 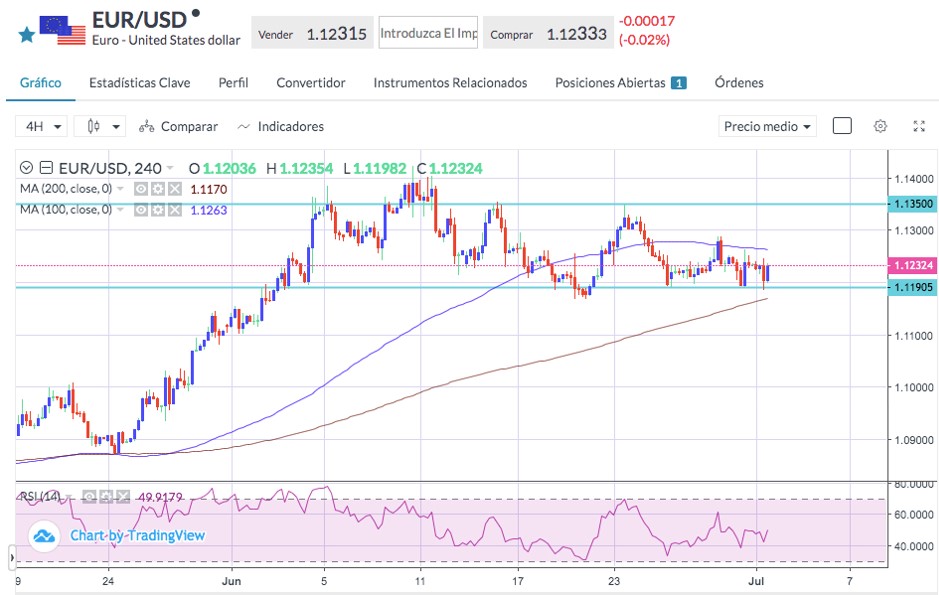 European stock indices, especially those of peripheral countries such as Italy40, would also benefit significantly. This index has experienced a sideways behavior, directionless, throughout the second half of June.

100-day SMA acts as support, currently in the 18800 zone. The daily RSI indicator has decongested from overbought zones in this period creating room for new advances. In a recovery scenario, its objective is 200-day SMA to 20900, with an intermediate level of 20400, June highs. 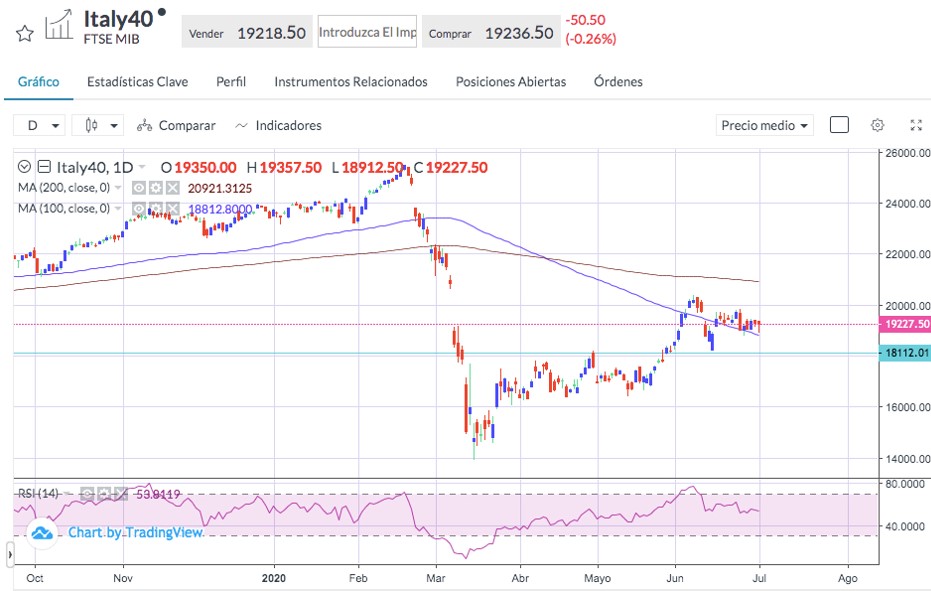