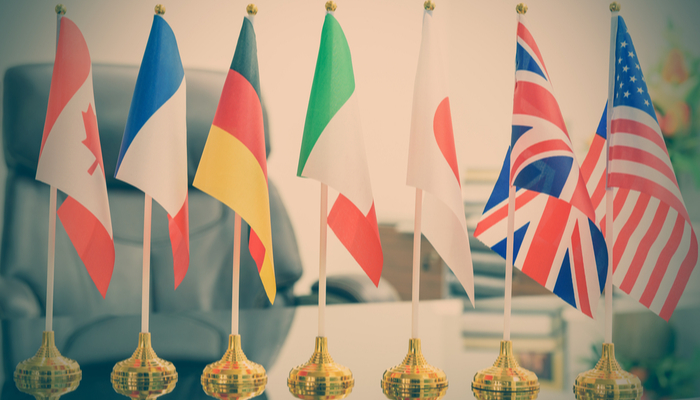 In a new session with little activity due to the holiday season, all investors' eyes are on the Jackson Hole virtual symposium, which begins tomorrow, and in which the chairman of the Federal Reserve, Powell, could give new clues about the future development of the monetary policy of the Federal Reserve.

The main point to keep in mind in Powell's speech is whether he will refer to a change from a 2% inflation target to an average inflation rate that would allow the Fed to sustain the stimulus for longer than its current objective policy. It, therefore, would provide a more significant boost to the economy.

This is a significant variation, if it occurs, from what the central bank has been doing, that would be taken positively by stock markets, especially by technology stocks that are enjoying the benefits of meager financing costs of its infrastructures

In the case of the USA500, with an essential weight in its composition of technological reserves, it has already managed to overcome the previous highs of February this year. From a technical perspective, it does not find any resistance on its way to the upside. 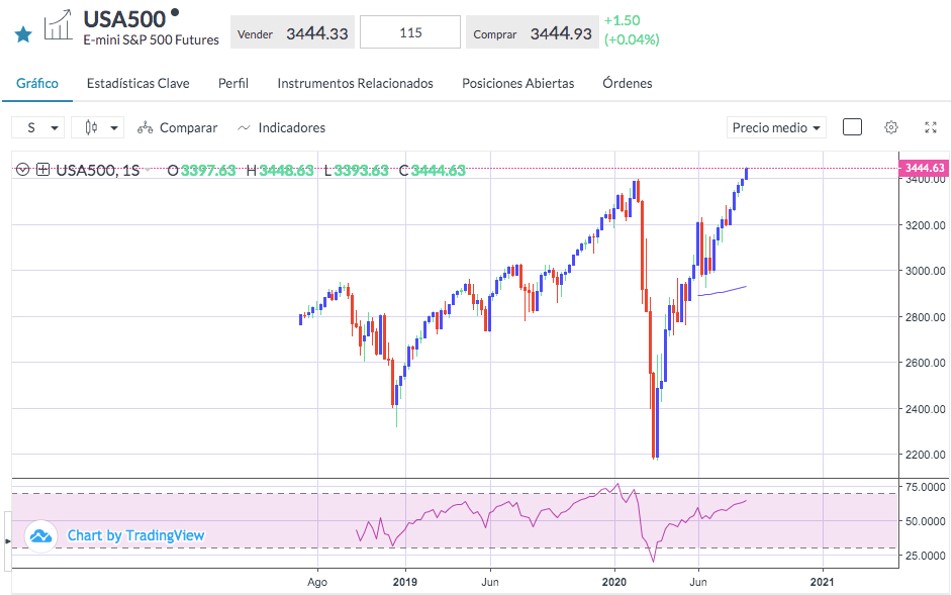 The weekly RSI is not overbought yet and has room for further gains.

The trade war seems to have reached a truce

The trade confrontation obstacle between the United States and China seems to have definitively gone into the background. According to officials' statements from both countries, the talks are on the right track, and proof of this is that China has announced that soybean purchases from the United States will reach historical records in the coming months, thus fulfilling its commitment to Phase 1 of the trade agreement.

In this conjunctural scenario of a better risk mood among investors, the yields of treasuries rebound, in the case of Tnote10, are above 0.70% again, which helps the US Dollar resume its corrective movement upwards the major currencies except for the Yen.

EUR/USD, which had been in a directionless lateral consolidation movement for several days around 1.1810-20, pivot level, and the 100 hourly SMA, has broken down a bearish continuation triangle that has a theoretical target near 1.1710 which it is the main support of the pair whose bearish break would open the way to more ambitious targets in the zone of 1.15 and 1.16. 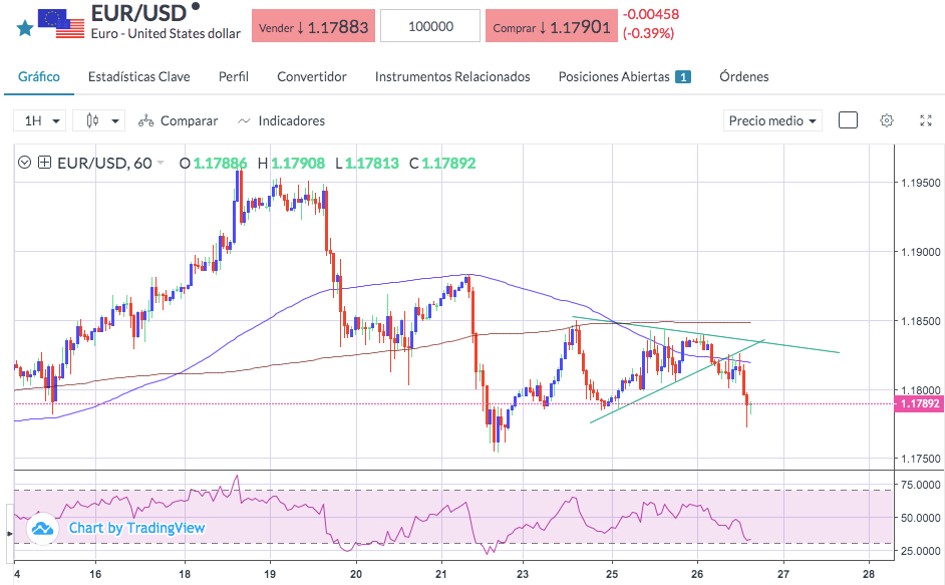 According to most analysts and investment banks, the structural trend of the US Dollar is downward, based, above all, on the low levels of interest rates of the US currency.

Still, on the other hand, a strong Euro that is close to the zone of 1.20 could raise concerns for the ECB, especially if the movement is too fast, as we have witnessed in recent weeks, so a downward corrective action of EUR/USD would not be ruled out in the current situation.