Market turbulence intensifies at the start of the week 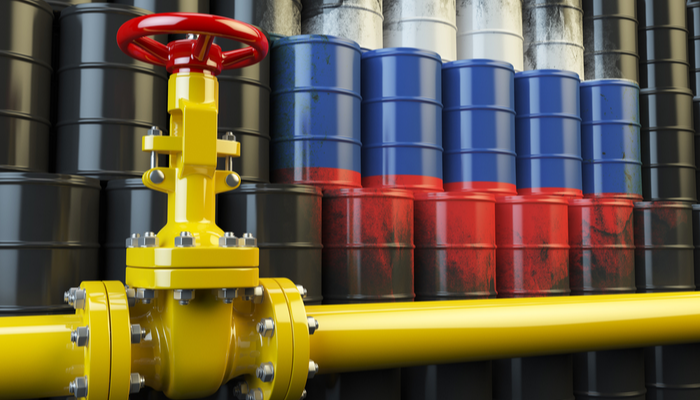 European energy dependence on Russia is high, which is not the case of the United States, that practically does not import oil from this country

Market turbulence intensified at the start of the week. These movements came after US Secretary of State Anthony Blinken declared on Sunday that the United States and its European allies were exploring banning Russian oil imports. In the meantime, the White House was already coordinating with congressional committees to move forward with the US ban.

European energy dependence on Russia is high, but that’s not the case for the United States. The US practically conducts no oil imports from this country, but in any case, if the West cuts off most of Russia's energy exports, it could cause a huge impact on the markets.

Russia is the second global exporter of crude oil with more than 5 million bpd, and this occurs at a time of imbalance between supply and demand, that has been driving up the price.

Therefore, only Blinken's proposal signaling the intention to isolate Russia as a supplier of energy products, caused enormous tension in the market that led oil to quote up to $130. 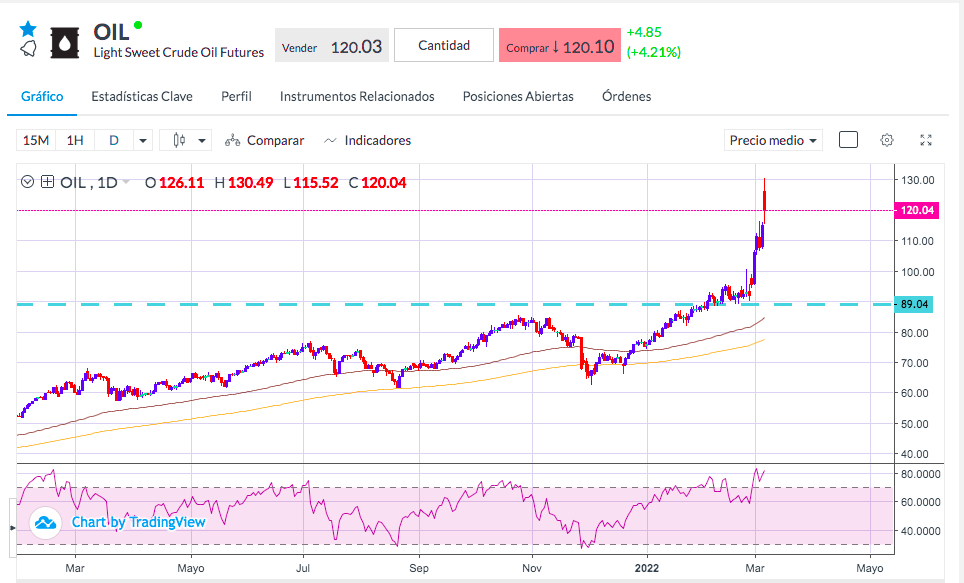 Subsequently, the European Union ruled out this possibility and crude fell more than $10, to trade slightly below $120. In any case, these are considered excessively high levels that can endanger the stability of the global economy.

In fact, the United States began a round of visits and negotiations with countries like Venezuela, to which it offered to lower sanctions in exchange for oil to try to stop the unstoppable upward path of oil. Something that would have been unthinkable just a month ago.

We can say that at some point, at the beginning of yesterday's session, the market went into panic mode due to the serious consequences for the global economy. This was especially true for the European market, that would derive from these severe economic sanctions that are intended to be imposed on Russia. And the uncertainty continues.

This was reflected in sharp falls in the American and European indices, with another drop in the DAX and the Nasdaq of more than 3% and an extension of the panic due to the fear of scarcity of some raw materials such as Wheat, of which Russia and Ukraine are the main providers for the European market.

Such events shot up prices to unprecedented levels, up to the 1293 zone, in a futures market that had to be interrupted several times for exceeding the maximum level of appreciation of the asset - limit-up. 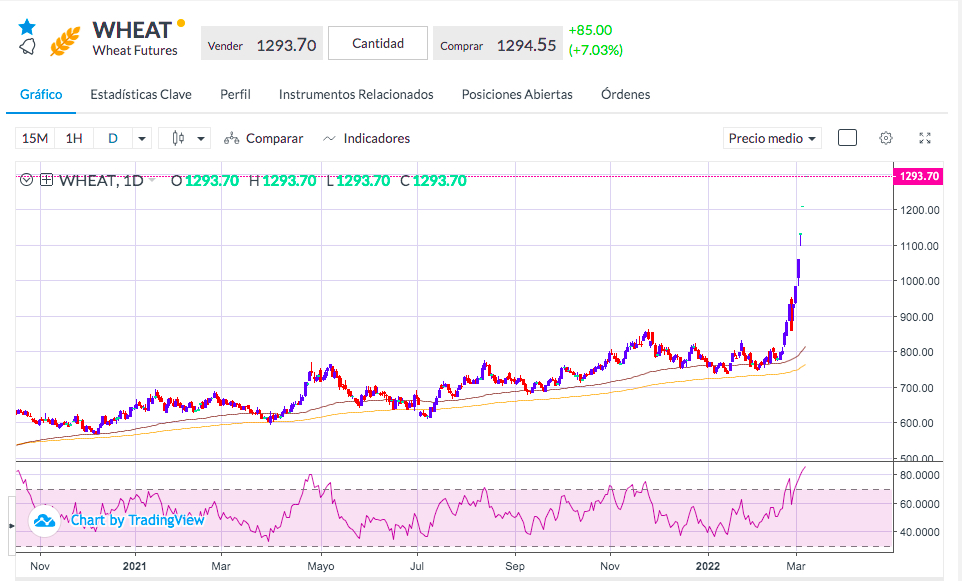