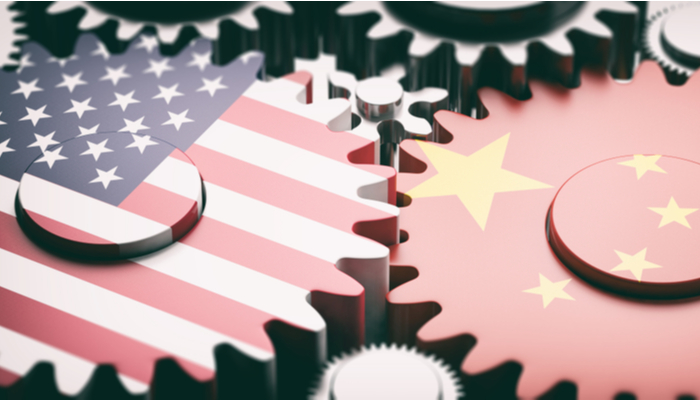 The statements of two heads of governments of countries such as the United States and the United Kingdom have increased the fear of investors who had already been showing signs of evident concern since last week.

On the one hand, President Trump, in a Labor Day speech, with a clear electoral bias, has attacked China, declaring that his objective is to end America's reliance on the Asian country.

The president threatened to punish North American companies that create jobs abroad and wants the manufacturing industry to return home.

It has been a very aggressive statement, although the market is used to this type of outburst that, on many occasions, does not have continuity in the policies that are implemented and that are often only about political propaganda that is not translated into concrete actions.

But the risk aversion sentiment had already started last week when it became known in the market that much of the latest rally in technological stocks was due to overexposure in derivatives of an Asian financial institution.

This lights the investors' alarms, given the buyer flow's lack of solidity and its enormous vulnerability.

That is why Trump's speech, although of a purely political nature, has added fuel to the fire since these technological values would be the most directly affected in the event of a policy of total rupture with China.

And the most worrying thing is that as the date of the elections approaches, President Trump's types of statements could go further.

TECH100 experiences its fourth consecutive day of sharp declines, with a loss of 3% in the futures market, before the start of the North American session. 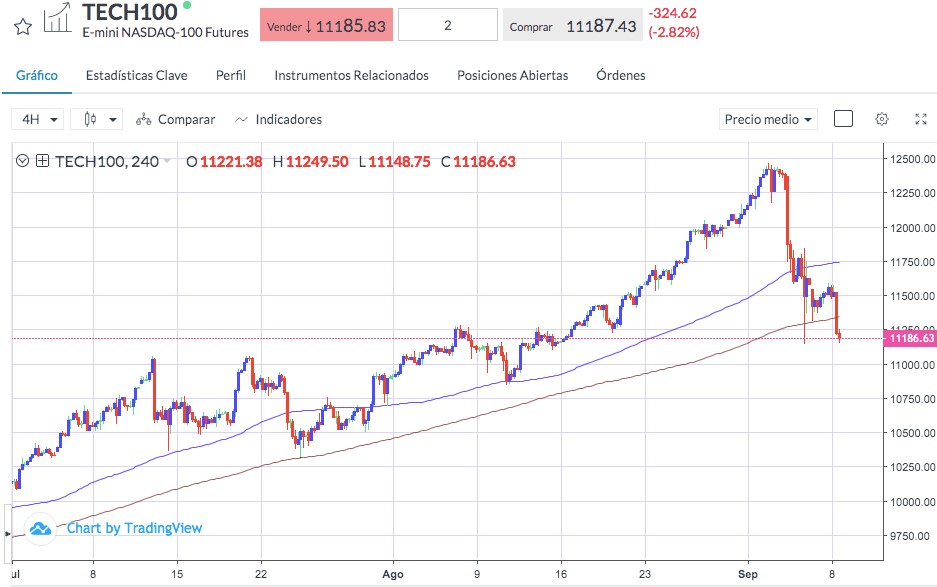 The area of most significant relevance in terms of support is in a range between 10,800 and 11,000. Below this critical level of support, falls could precipitate dramatically, approaching the 100-day SMA, currently at 10,300.

The nature of positioning through derivatives, which, as we have known, is the one with the most significant weight now in the index, encourages this type of abrupt downward movement that forces traders to close positions of increasing amounts as the index's price is descending.

Only the entry of real money into the market could stop this decline. Still, now, there are no indications of this, given the doubts about the correct valuation of technology companies at current market prices.

Old news from the BREXIT front

On the other hand, British Prime Minister Boris Johnson has thrown cold water on the Brexit negotiation process.

Johnson has stated that he plans to roll back part of the previously approved agreements, and as a result, his legal advisers have resigned.

The more risk-averse environment in the market contributes to this drop as the US Dollar is being bought across the board by flows searching for safe-havens. 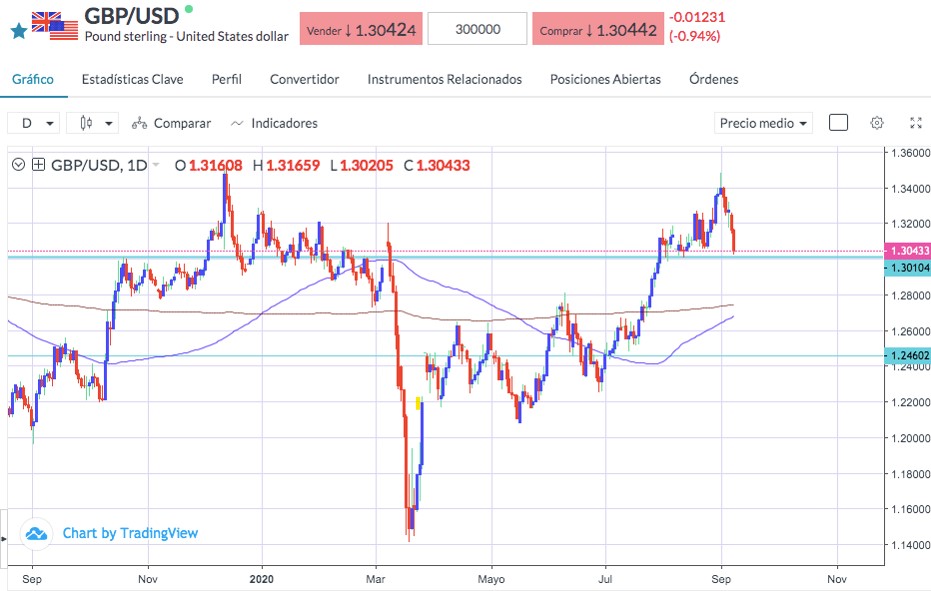