With Joe Biden in the saddle, equities push forth – Market Overview – November 9 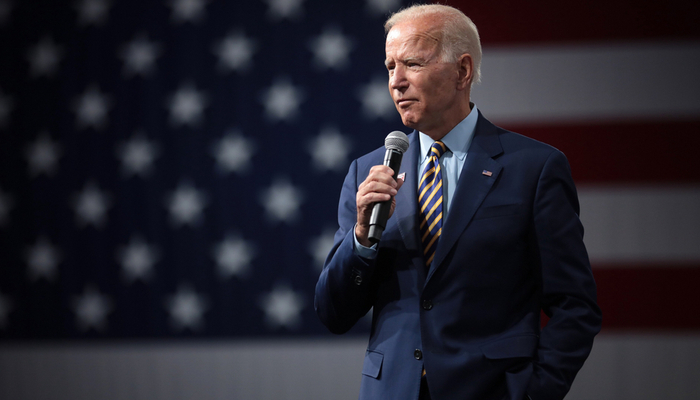 As some analysts point out, the scenario could not be more favorable. On the one hand, the gloomy perspective that dominated the entire Trump mandate, that of a trade confrontation, not only with China but with its neighbors Canada and Mexico and Europe, disappears.

This new government is expected to abide by the rules of the World Trade Organization and comply with international agreements that Trump had rejected during his time as president.

On the other hand, the lack of a clear majority in the Senate avoids the possibility of a disproportionate tax increase that would clearly harm large technology companies above all.

Although for the same reason the approval of a larger fiscal stimulus package, as proposed by the Democrats, will not be possible.

In any case, the market anticipates in the coming months that this measure will be approved with an amount close to 2 trillion Dollars. The fiscal stimulus will especially favor small and medium-sized companies since its main effect will be to boost domestic consumption.

The consequence of this will be positive for indices with a more cyclical composition of stocks such as the DowJones30. 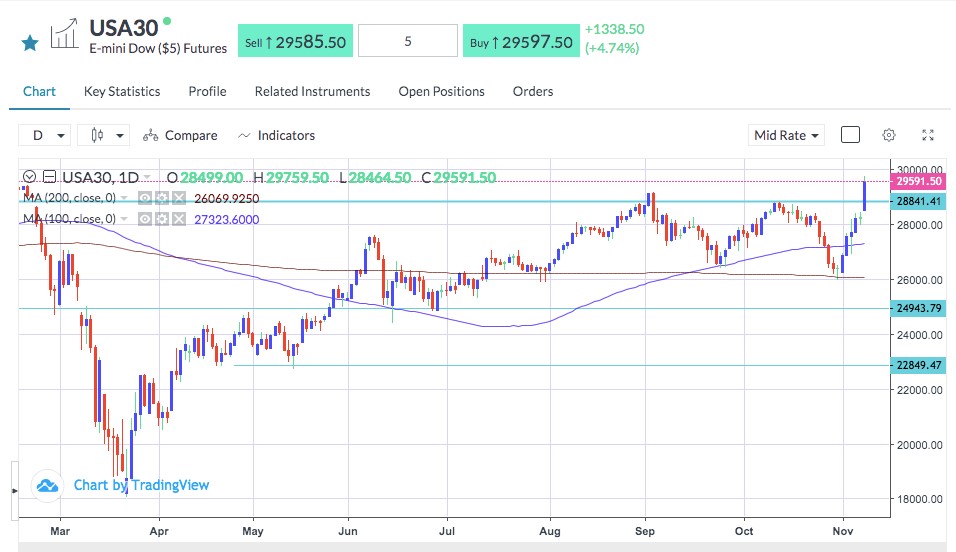 All of this is reflected in the behavior of this index from a technical analysis perspective. Today it has exceeded not only the maximum reached at the beginning of September (29180 points) but it has also surpassed the historical maximum of 29475 points. A daily close above these levels opens the way to a new uptrend.

In the currency market the Dollar continues its downward trend.

The downward pressure of the North American currency is especially noticeable in its quotation with emerging currencies such as the Mexican Peso, the Turkish Lira or the Chinese Yuan.

In the case of EUR/USD, the pair has been traded at 1.1900 but the upward movement is losing momentum mainly due to the market anticipation of an increase in the amount of the ECB's asset purchase program that may be carried out as early as the early December meeting.

The ECB has already expressed its concern about a strong Euro, above 1.2000, and very likely such a movement would precipitate monetary policy measures to counteract it.

An interesting currency pair in terms of a future dollar downtrend is USD/CAD. The relief that a non-aggressive trade policy under the new Biden government would bring to Canada would favor its currency. It is well known that the Canadian currency maintains a high correlation with the price of crude. Only a relevant drop in the price of this commodity would act against it, but although international demand for crude has decreased substantially, a significant collapse is not expected. 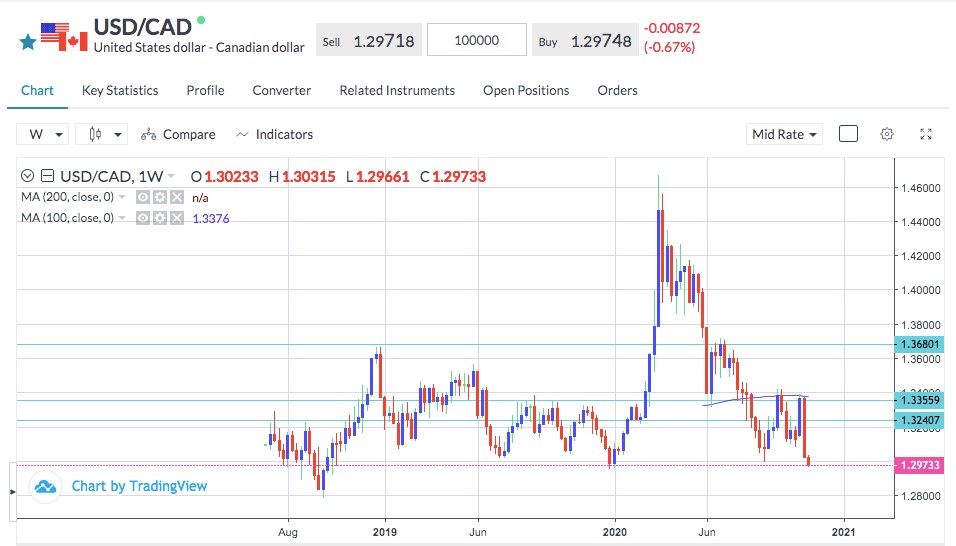