Yet another day of surges, despite Congress riot aftermath – Market Overview 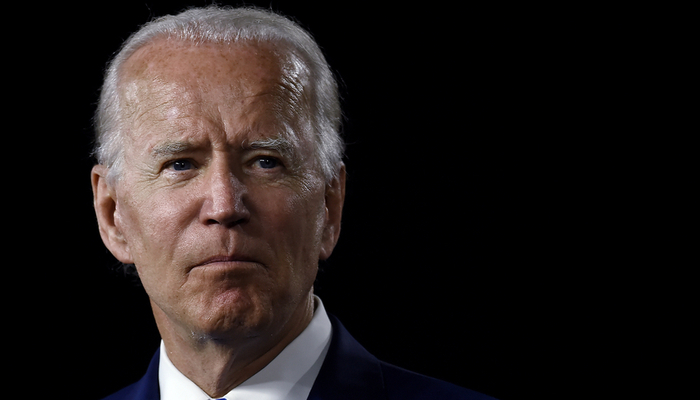 Even though an unthinkable and unprecedented event has occurred in the United States, such as the assault on Congress by uncontrolled groups indirectly encouraged by the outgoing president but still in office, an action that has resulted in the death of five American citizens and that has aroused globally fear about the strength of North American democracy, the market seems to have overlooked this serious fact and has focused solely and exclusively on the positive aspects that have also occurred in the last two days.

A unified democratic government is a result of the Senate elections have given the victory to the blue party, and this will imply that Joe Biden can implement a more comprehensive fiscal stimulus policy without practical opposition from the legislative chambers.

Although the transfer of power has not yet occurred, it will happen on the 20th. Some political analysts are still concerned about the possibility that the outgoing president could act again in an uncontrolled manner in this period, though that’s quite unlikely for now. There are pressure and requests by the Democratic party to disqualify Trump immediately, either by applying the 25th amendment or with an urgent impeachment.

In any case, Trump has openly acknowledged his defeat and promises a friendly transfer of power.

There is still a little less than two weeks left for it, and in the meantime, we could witness some other unexpected event, but the mood of investors is festive and rules out that possibility.

The NFP & The Dollar

All this does not make investors forget the important economic figure published today: Non-farm payroll.

The employment data is the most relevant at this time and on which all the attention of the Federal Reserve is focused on the implementation of its monetary policy. Its goal of reaching full employment is what will mark future actions.

According to the recently published minutes at the last Fed meeting, a sector of the monetary policy committee was still open to implementing new expansionary measures if necessary.

This could be an increase in the policy of purchasing assets. Today's data could be less favorable than the last ones published, taking into account the precedents in the ADP payroll figures and the ISM manufacturing employment component that has fallen below the 50 levels again.

If employment does not rebound energetically shortly, the debate will reopen in the market for lower interest rates, something that would directly confront the notable rebound in Treasury bond yields, which in the case of 10 years stands at 1.08 %, levels not seen since February 2020, before the start of the crisis.

These increases in interest rates, which, according to some, Fed members are not entirely antagonistic, are causing upward corrections in the US Dollar.

EUR/USD is on its second day of losses. Although it is still trading a figure above its main support level around 1.2150, the RSI indicators, both daily and weekly, show signs of exhaustion with bearish divergences. 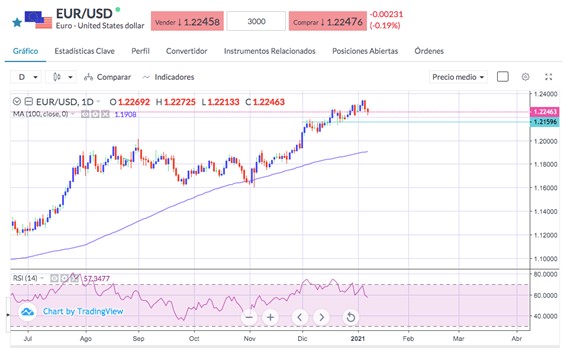 Today's Non-Farm Payroll economic data will play a relevant role in the future of this currency pair's price.